The Straits of Tiran is located at the mouth of the Gulf of Aqaba, bordered to the west by the coast of the Sinai and east of the island of Tiran. It is only 5 kilometers wide. In the middle of this channel we can find four beautiful coral reefs highly appreciated by divers who take the north diving route of the Red Sea. These reefs have been named after British cartographers from the nineteenth century that drew the first nautical map of this region: Jackson Reef, Woodhouse Reef, Thomas Reef and Gordon Reef.

The strong currents that run through the strait are loaded with plankton and other nutrients that feed corals that growth very healthy. In this strait we can find some of the most beautiful coral gardens, healthy and shining in the entire Red Sea.

The healthy coral reefs have created an ideal habitat for many small and medium fish of all colors which also attracts large pelagic fish such as barracuda, jacks, eagle rays, tunas, whales, sea turtles and sharks.

The Straits of Tiran has everything a recreational diver is searching for: healthy and colorful corals, beautiful and varied reef life and some adrenaline diving with large predators and strong currents.

Jackson Reef is surrounded by steep walls full of the best coral in the Sinai region and possibly in the entire Red Sea. Soft and hard corals, gorgonians, anemones, sea whips, black coral … Apart from the huge variety of reef fish, the main attraction to this point is the concentration of sharks, from hammerhead sharks to guitar sharks, tiger sharks, or leopard sharks, especially during summer.

The top of Thomas Reef is an explosion of color with a some of the finest soft coral of the the entire Sinai region and where you can find large gorgonian fans and excellent coral gardens with table and elkhorn coral. A must dive are the sand plateaus where you can find several whitetip sharks and leopard sharks.

The topography of Gordon Reef and the diving is quite diverse, with irregular sections, sandy plateaus and beautiful coral garden. In the middle of the slope there is a particularly interesting area with a sandy bottom appreciated by divers because of the great variety of shark species that can be seen there. 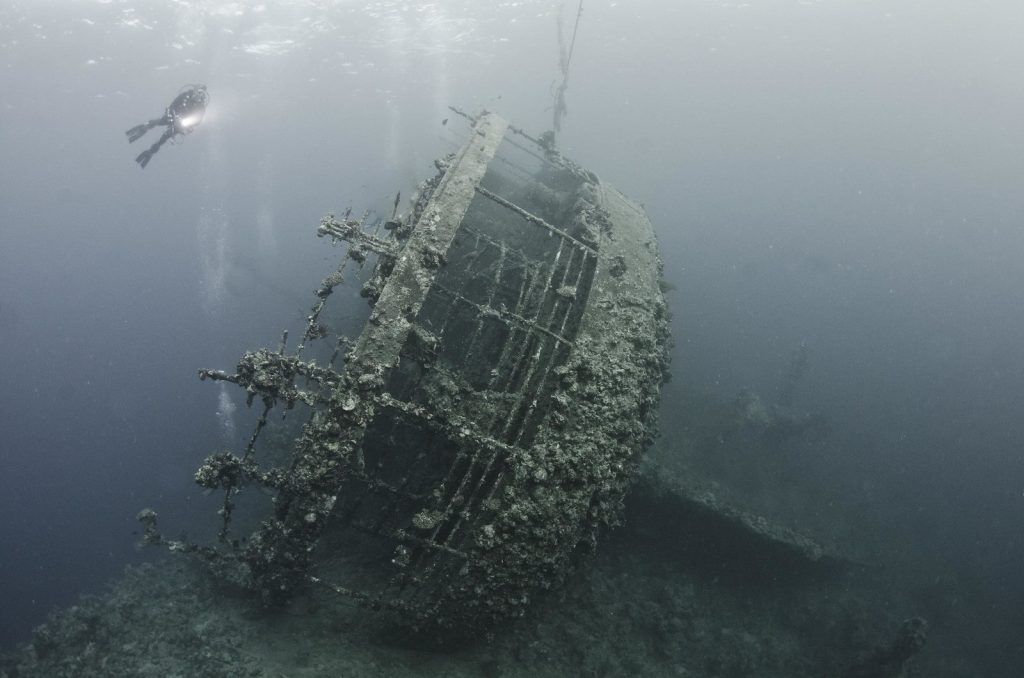