The story of the Thistlegorm begins in the shipyards of JL Thompson and Sons in Sunderland, UK, in 1941. With 126 meters length and nearly 5,000 tons, this large freighter could reach up to 10 knots of speed. The boat was one of a series of four vessels built by the Alby Line that had the symbol of Scotland, the thistle, followed by a Gaelic word: Thistledhu, Thistlegorm, Thistleglen and Thistlenuir.

Shortly after being launched the Thistlegorm was requisitioned by the Royal Navy to support the Allies in World War II and was equipped with weapons of World War I for its self-defense. In September of 1941 the Thistlegorm had successfully completed three trips to United States, Argentina and the Netherlands Antilles, before its last and fatal trip to the Suez Canal.

THE LAST TRIP OF A LEGEND

Its last journey started in Glasgow, where departed with a cargo of rifles, ammunition, parts of aircrafts, Wellington boots, trucks, locomotives, tanks, motorcycles and tunics for the Allies campaign in North Africa. The long journey had to be carried around Africa and up the Red Sea as the Germans controlled the Mediterranean. After a stop in Aden, where they dug for two days, the Thistlegorm was escorted from south to north of the Red Sea by HMS Cairo to anchor in Sha’ab Ali. For 10 days the ship was detained as the entrance of the Suez Canal was blocked by a damaged ship.

A squadron of Heinkel 111 German bombers, having failed in their mission to find and sink the Queen Mary (which was by the time used to transport troops), searched for a secondary objective: the SS Thistlegorm. On October 6th of 1941, after strafing the ship, dropped two bombs that hit aft holds, where housed much of the ammunition. The initial explosion split the ship in two, helped by the explosion of the material transported, even throwing in the air two locomotives. The Thistlegorm sinked very fast and the crew left alive jumped into the ship SS Salamanua aided by the HMS Carlisle. Nine crew members died in the attack. Two days later the same Heinkel, after a brief stop at the base of Crete, sank the Rosalie Moller.

THE DISCOVERY OF THE THISTLEGORM

After the war it was common the expeditions in search many of these wrecks, partly on the hunt for potential treasures and also by historians and international organizations seeking to document the horrors of war. In the mid 50’s Jacques Cousteau, with the help of local fishermen, found the remains of the Thistlegorm. The discovery was part of a National Geographic documentary and was also part of Cousteau’s documentary series «The Silent World». As has been legendary for wreck diving discovering the ship’s bell as the little care that the team had with this piece of history, which had no qualms about opening gates breaking pieces of coral attached to the boat.

The wreck, located between 59 and 98 feet deep, was left in oblivion until the 90s, when the diving centers of the Red Sea began to include this spot in their wreck diving routes, becoming part of the best and most sought wrecks in the world.

The popularity of this wreck among the thousands of divers visiting Sharm El Sheikh, north Red Sea, every year has deteriorated the wreck and the surrounding area, especially the neglected moorings, but it’s still an awesome wreck, world class.

The descent to the bow is a spectacle, with the starboard anchor chain buried in the background. From there you’ll introduce between the rows of trucks and motorcycles, with now more than 70 years underwater, to get to the store rifles and aircraft parts like wings still preserved. In the hold number two you will find several more trucks and boots and from there you can reach the hold fueling. This room is the one that received the first bomb impacts. This is a very spacious room where they have taken up residence large schools of glassfish sweepers.

One of the most interesting things when diving the Thistlegorm is the bridge, where you can appreciate the force of the explosion that caused the bombing. The cover is twisted, folded on itself, and from there you can access to the radio room and the kitchen, where there are still some devices and cutlery in good condition.

The Stanier 8F steam locomotive was perhaps the workhorse of the railway network in the 30s and 40s and more than 200 of the 852 made were exported to the Middle East. Designed by Sir William Stanier this locomotives were sent to the North African campaign to provide additional water supply for desert operations.

Three units of the Bren Gun Carrier small tanks can be seen between the two sections of the the Thistlegorm. They were used as infantry support and equipped with machine guns. This tanks could reach 21 miles per hour and carry up to 5 people.

Up to 126,000 of these bikes were produced during World War II and several of them can be found on the Thistlegorm. They were assigned to Field Marshal Auchinleck, who was in charge of British troops who fought against Rommel.

The Norton 16 h was very similar to BSA M20 motorcycles and were designed exclusively for the desert campaign. More than 100,000 were built during World War II.

More than 65,000 of these versatile trucks were built during the war to supply all materials to the troops.

This truck had double the payload to the MW and was used inter alia for transporting tanks. Up to 72,000 units were produced for the war.

These powerful trucks were used to move artillery to the front.

This are the largest of the remaining vehicles in the Thistlegorm. This truck over 20 feet long and double shaft were used for heavy loads. Only a small number of these vehicles were produced for the military.

This was one of the most commonly used trucks with around 60,000 units produced.

Bigger than WOT 2, this truck was equipped with a Ford V8 engine.

This was the largest of the four-wheel truck remaining in the Thistlegorm, with more than 20 feet long and 400 kg weight. It was used to transport all materials to the front.

WHERE IS THE SS THISTLEGROM? 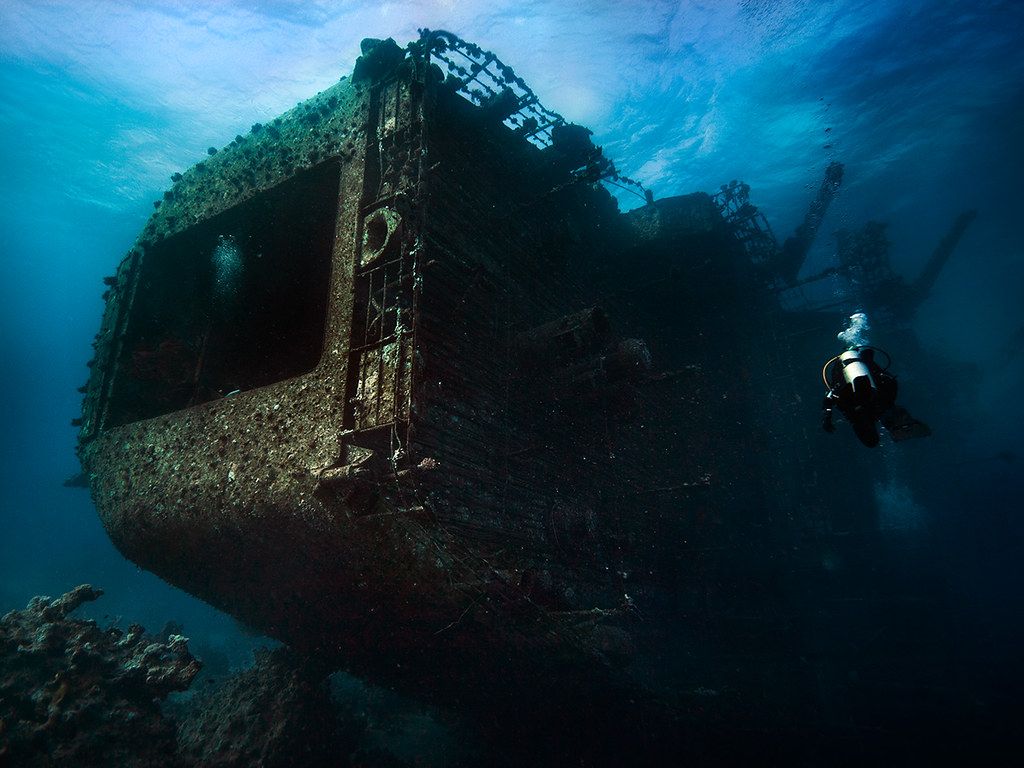