We end up the second and final part of the «20 dive trips to take before you die» blog posts hoping to leave you with your mouth open with any of these 10 new awesome diving destinations. We are also willing you to comment what those trips that you have in mind to take in the near future.

For being a chillingly wonderful reef if you are passionate about shipwrecks and naval history. In Chuuk Lagoon (or Truk Lagoon as it is also known) a bloody battle was fought during World War II, sending to the bottom of the Pacific Ocean over fifty boats, dozens of aircrafts and the lives of 40 Japanese soldiers. The U.S. Air Force, in response to the attack on Pearl Harbor, bombed this atoll for three days, destroying 12 warships, 32 merchant ships and 275 aircraft. Although this place is known for being the largest cemetery of wrecks in the world, it also amazes for the great presence of coral and marine life.

As you can imagine, it is an expensive destination. In addition to the flight to Micronesia, the liveaboards running in the area are outstanding, really high level, which increases the price. Like the trip to Cocos Island, for example, you’ll need around € 5,000 to make this once in a lifetime trip… that it sure is worth it.

Because it brings together, in a small archipelago, the most amazing pelagic animals that can be found in the ocean. The Revillagigedo Islands (also known as Socorro Islands) is a lost archipielago in the middle of the Pacific Ocean, 400 miles off Baja California, belonging to Mexico. They receive currents full of nutrients that call the biggest ocean creatures, from whale sharks to hammerhead sharks, giant oceanic mantas ocean or schools of jackfish of countless individuals.

Both the flight from Europe as the safari has a price, but keep in mind this is another of those trips to not repeat unless you fall madly in love, something not very unreasonable indeed. For «only» USD 2,200 can surround yourself with these giants of the ocean that you just saw.

Several reasons make Sudan one of the destinations that every diver should visit. On the one hand the presence of the Umbria, one of the best wrecks in the world. On the other hand, it is the most pristine Red Sea, where you can dive with lots of hammerhead sharks and large schools of barracuda. Another reason that makes Sudan an inescapable destination is that it is part of the history of underwater research. In Sudan lies the reef where Jacques Cousteau built Conshelf II, his underwater laboratory, and immortalized in the documentary film «Le monde sans soleil».

The safari to Sudan is a bit more expensive than other dive trips to the Red Sea but not much more. From USD 900 you can have great week of diving in Sudan.

Because, despite being two very small islands, they have an almost infinite variety of dives. You can dive with hammerhead sharks,  stunned observe huge schools of barracudas, dive in amazing caves like «Turtle Cave», beautiful coral gardens or enjoy one of the best muck diving in the world.

This is not a very expensive diving destination for what it has to offer. For less than USD 1,000 you can have a great week in a 4-star full board resort.

As much as we try it wouldn’t get ever closer to describing how diving in Galapagos is. Its mix of cold and warm water, the remoteness of its location, the ban on commercial fishing in its waters or huge visibility makes Galapagos one of the best diving destinations in the world. Being able to dive with penguins, orcas, dolphins, schools of jackfish, different species of sharks, turtles and mantas in a single destination is almost impossible to find anywhere else on the planet… and those are just a few of the underwater attractions of this archipelago.

This is another of those expensive once in lifetime destinations except that you can afford it more often, of course. Another USD 2,600 (and even more in high season) is the cost of a week of diving in this paradise.

South Africa is synonymous with shark diving, mainly with great whites, but we bring this destination to this post because what we would like to do there is to get into the Sardine Run, the largest migration on the planet. This nature show is hard to see anywhere else as it gathers different species of sharks, whales, dolphins, marlins or birds fighting for food in an incredible feeding frenzy.

For about € 4,500, including flights, you’ll have access to this extraordinary show, chasing the shoal of sardines for a week as it is losing members.

Many reasons make Komodo a TOP 5 diving destinations for many. Not surprisingly, Komodo is a Biosphere Reserve since 1991, is included among the 7 natural wonders of the world and, what mainly concerns us divers, is situated in a prime position in the Coral Triangle receiving two streams, food laden, that allow life underwater to look like this:

It is a destination of the highest level but cheaper than it may seem. You can get for € 3,000 flights, taxes and a week of diving on a liveaboard around Bali and Komodo.

Because it offers a splendid diving for every taste. For those who like the big species can dive with whale sharks, enormous ocean sunfish or can get into manta rays cleaning stations. Macro enthusiasts can also find awesome areas of muck diving with the smallest critters. Wrecks fans have one listed among the best in the world, the USAT Liberty. Yes, Bali has something amazing for all of us.

The Bali diving options are many and from only USD 700 you’ll get one week accommodation and 12 dives.

Again, we are in this remote part of the planet, probably the one that has the best conditions for the type of diving we like. Warm waters and strong currents to ensure abundant food and lots of healthy coral, assuring great biodiversity. Yap is primarily known for its manta rays, but the diving in these atolls is much more complete. Reef sharks, coral laden walls plenty of reef fish, schools of barracudas and jackfish, turtles, tuna and lionfish are very common in the many dives of Yap.

It neither is cheap, but not overly expensive. The resorts there can cost around USD 1,000 for a week’s stay with dives.

To end up, a destination that does not even seem real, a place in the world where time seems to stand still. Neither the bottom nor the surface. In Milne Bay, Papua New Guinea, many traditions and rituals are maintained and the seabed appears to continue that pace, staying the coral reefs like they were in the past, before the overfishing and the use of dynamite or cyanide. As this trip is as interesting in the surface as in underwater, we leave you with a video that tries to reflect Papua New Guinea both worlds, apparently intact.

Travel into the past has a price. Between flights, around USD 1,700 from Europe, and a week in a resort for USD 2,000, note that you will have to spend more than USD 4,000 to know this extraordinary destination. 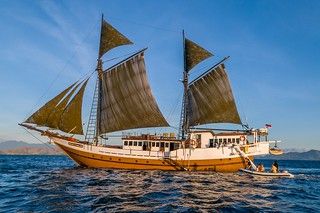 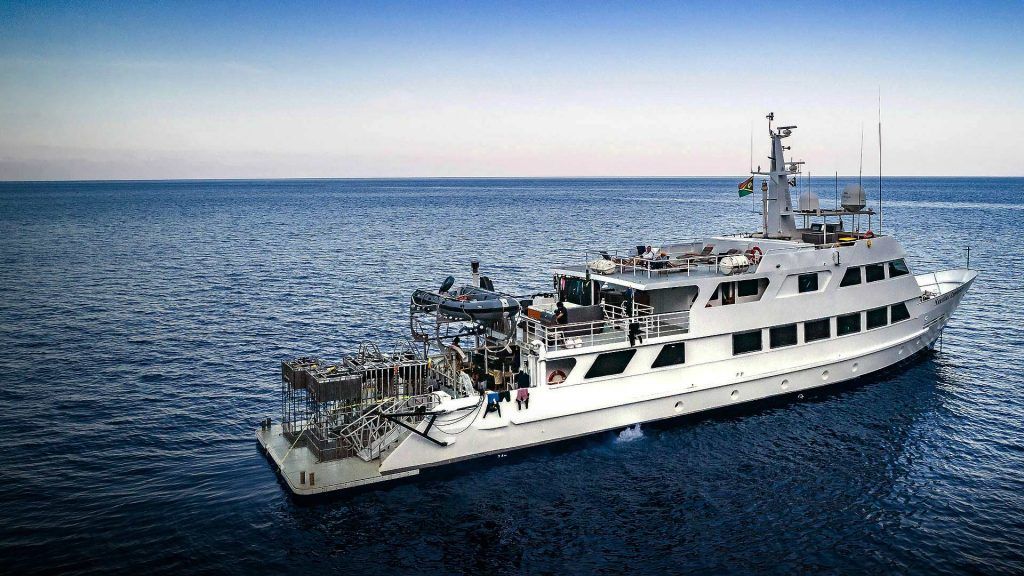