Umbria wreck diving, one of the best wrecks ever The Umbria, one of the best wrecks in the world. Image courtesy of ©laleena1

Built by the Schiffswerks Rieherst company in Hamburg, the Umbria was launched on December 30th 1911 with the name of Bahia Blanca. It was a large freighter by that time, 150 meters long, with a power capable of providing a speed of 14 knots that could carry 9,000 tons of cargo and up to 2,000 passengers. In 1912 it began operating the Hamburg-America line doing different jobs between Europe and Argentina until the outbreak of World War I, when it was based in Buenos Aires. In 1918 the ship was acquired by the Argentinian government and it was not until 1935 when the ship was taken over by the Italian government and renamed again: the Umbria. From that moment its trips were to transport troops and during the following two years carried several thousand soldiers to the Italian colonies in East Africa.

The loss of the Umbria

In May 1940, when Italy was still neutral in World War II, the Umbria was secretly loaded with 360,000 bombs between 15 kg and 100 kg, 60 boxes of detonators, building materials and three Fiat Lunga cars, carrying a total 8,600 tons of weapons towards the East Africa. The explosives had destination Massawa and Assab, Eritrea, that was Italian colony by then, and the rest of the cargo was heading different locations in Asia. Italy's entry into the war was imminent and this shipment was destined to the defense of the colonies against the Allies and to the possible expansion of its African territories.

On 3rd June 1940 the Umbria reached Port Said, northern Egypt, where loaded with 1,000 tons of coal and water in a movement to fool the Allies, trying to look like a harmless freighter. The port, controlled by the Royal Navy, and its authorities allowed the ship enter on the Red Sea three days after arrival. The British delayed the departure of the Umbria knowing that Italy's entry into the war was imminent and that the cargo of Umbria had devastating power that sooner or later would be used against the Allies and why not, to get a great load to fight fascism. But Italy, as a neutral country that it was, had every right to transport weapons much like any other cargo to its colonies.

Having met the deadline to be retained, the Umbria crossed the Suez Canal on June 6th but with the escort of the HMS Grimsby. The importance and destructive capacity of the cargo required it. Three days later the Umbria entered in Sudan waters and the HMS Grimsby ordered the Umbria captain to anchor on Wingate Reef under the pretext of searching for contraband. Moments later the British warship HMS Leander arrived with a group of 20 sailors who boarded the Umbria. After thoroughly searching the ship and finding nothing, the captain ordered the British troops to remain the night aboard the Umbria. 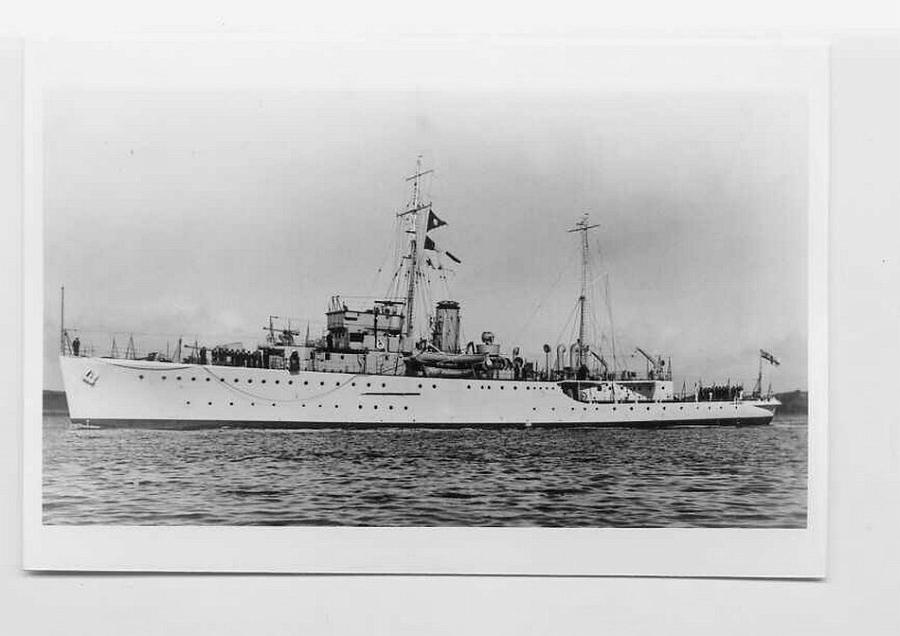 The next morning Lorenzo Muiesan, Umbria captain, was in his cabin listening to the radio when Mussolini announced the entry of Italy into the World War II. Hostilities would begin at midnight of that day. Muiesan, a very patriotic captain with long experience, was the only one in the area who had heard the news and knew immediately that both Umbria and the burden would be used by the Allies against their own country. He had no option to disable both. In a move of extraordinary intelligence, as the hours passed retained by the British who did not yet know that Italy was officially the enemy, the captain ordered his crew conducting a rescue simulation... that was more real than the British thought. This maneuver, which the English soldiers agreed as they believed it would serve to further delay the departure of the Umbria. While the Italians occupied the lifeboats, the chief engineers, following Muiesan´s orders, opened all the valves and drown the ship to the bottom of the reef. With the crew safe, the British only had time to get on their ship and watch the freighter slid slowly.

When the captain of HMS Grimsby asked why he had done that Muiesan confirmed the declaration of war from Italy to Britain. The next day Muiesan and the rest of Umbria crew departed detainees to India, where they spent four years in prison.

The heroic and intelligent maneuver by Muiesan caused the ship to sink within minutes remaining boat and its precious cargo at the bottom of the reef, around 30 kilometers off Port Sudan, its cargo would never be used. This little anecdote in the history of World War II has become the Umbria, over the years, in one of the best wrecks in the world. Very possibly if this boat did not have the enormous attraction for divers as it has it would have been forgotten, but it's a story that hundreds of divers visiting Sudan every year remember.

The cargo ship is intact, has great visibility, is easy to dive, it is at low depth, has great history and it a dangerous spot because of its 5,000 tons of bombs. No wonder why this wreck is categorized as one of the best in the world... that some undoubtedly qualify as the best. It is large enough to provide a lot to explore but small enough to cover in a single dive. It is in a huge ship with many details that cannot be found anywhere else in the world.

The Umbria is almost exactly as it was the day the captain decided to sink it. Leaning on the reef on its port side, to a minimum depth of 16 feet and a maximum of 118 feet, the exploration of the wreck, which never received any recovery work as the load is too dangerous, can be only compared to other wreck in the Red Sea, the Thistlegorm. More than 60 years after the Umbria sink, is now part of the Wingate Reef and its 150 meters length are adorned with soft and hard corals, anemones and the life that hosts is truly exceptional. You can dive from stem to stern, inside and out, and even closer to the 360,000 aerial bombs. In this wreck the maximum of diving “no to touch anything” must be enforced strictly. Thousands of bombs and its detonators, although not installed, can explode and would even destroy Port Sudan, 18 miles away.

Because of its shallowness has lots of natural light that creates some beautiful effects through the portholes. Three of the Umbrian holds are opened and can be easily dive and all of them are very interesting. It contains from classic and impressive three Fiat Lunga (even with its windows intact), stacked by the position of the wreck, thousands of bottles of wine with its content still intact, the ghostly remains of the kitchen covered by sponges and even pizza ovens... remember that this was an Italian ship.

In almost all wrecks there something that stands out, but in this there is a special feature that cannot be seen on any wreck in the world. The 5,000 tons of aerial bombs are stacked one above another in hundreds of rows that impress if you imagine what would happen if these devices detonate.

Another interesting detail is the starboard propeller, only 60 feet deep, which gives great opportunities for underwater pictures.

The fauna that has taken the wreck their home is extraordinary. Crabs, lobsters, clownfish, octopus, Spanish dancers, snappers, sweetlips, crinoids, barracudas ... A wreck that leaves no one indifferent, a dangerous powder keg that the ocean has recycled in a peaceful home for thousands of living beings.

Images from the dive site:

You can find the following species here:

Link pictures to this dive site

Type the url of a page with images and click 'View images' so that you can select which images to link to this site.

Searching for images on the page...

Click on the images to select/unselect them. The chosen images will be linked to the site and your account.

You haven't marked this site as dived. If you want to link images you need to mark it.

What species can be found here?

Type the species that you can find at this site. If the species is already registered, you will see it on a list.

Linking species to the dive site...

You haven't marked this site as dived. If you want to link specied you must mark it.