Do you know what they eat? In what areas of the planet they live? Which are most threatened? How do they communicate? Find out in this first post of a series of articles about the biggest mammals in the world.

Blue whales are the largest mammals and, possibly, the largest animal that has ever lived on Earth, with specimens that can grow up to 33 meters long and weight 190 tons. The body of this marine mammal is bluish gray along the back and slightly lighter on the belly.

Blue whales feed almost exclusively on krill (shrimp-like crustaceans between 3 and 5 cm long) although their diet changes depending on the ocean in which they are located. An adult blue whale is able to eat 40 million krill in a single day! One of the most notable characteristics of blue whales is their ability to produce powerful low frequency sounds with which they communicate over long distances.

While difficult to capture because of their size, speed and strength, they were hunted close to extinction in the twentieth century. In the 1960s, conservation efforts begun that have reduced this rapid population decline but they are still today in danger of extinction. It is estimated that there are more blue whales in the southern hemisphere, with around 2,300 blue whales now and its population growing at a 7% rate per annum.

The only predator that the Blue Whale has, besides man, is the orca. Research conducted in the Sea of Cortez showed that 25% of studied blue whales had scars from orca attacks. The average dive time of the blue whale is only 11 minutes and can reach speeds up to 27 knots (50 km / h) when in danger.

The fin whale is the second largest species of whale after the blue whale. Its body is long and slim, with gray skin tones that turn to white at the bottom. Fin whales can be found in all major oceans of the planet, from polar to tropical waters.

Fin whales reache about 20 meters long (having documented specimens of up to 27 meters) and an estimated adult weighs around 70 tons. They are very long-lived animals that can reach up to 100 years old.

To catch their food they can dip to 200 meters in search of krill but their diet also includes small fish, squids and crustaceans. This whale can swallow 10 kg of krill on each bite and can consume up to two tons per day.

The southern right whale has a size of between 13 and 16 meters long and weighs 40 tons. These whales have a curved mouth with an upper jaw filled with about 260 «whiskers» that can be to 250 cm long. When whales feed they use these beards as filters to retain their basic food, the krill.

The right whale lives in latitudes ranging from 20° to 60° in the North Pacific, North Atlantic, South Atlantic, South Indian and some areas of the South Pacific. During the nineteenth century the population was reduced by 90% because they are easy whales to hunt due to their slow movements and because they float when dead, unlike other whales. Today the oceans are home to about 8,000 right whales and only 400 of them live in the North Atlantic.

One of the most curious things of these whales are some calluses that arise in different parts of his head and that can be used to identify each individual as it is developed in the fetal stage and remains the same until its death. These prominences, about 5 centimeters long, are located along the lower lip on the eyes and on both sides of the jaw. This calluses are home to cling, or whale lice, make the calluses change color from white to yellow, orange or pink.

The Sei whale (named after the Norwegian for «cod», one of the foods of this whale) is always in the open sea and has a length of 12 to 16 meters and can reach a weight of 30 tons. His skin is dark in the back and white on the bottom. The Sei whale usually swim in groups of 3 to 5, but you can see them in larger groups in areas where there is plenty of food. They are as fast as the blue whales and prefer deep waters. They can be found in virtually all the world except in the Indian Ocean and at the poles.

Their food is varied and they feed on fish in large schools, plankton, crustaceans and squids, but also add cod to its diet.

During the first half of the twentieth century it was decimated and almost 200,000 specimens were hunted in a few decades. It was the main objective of whalers because of the dramatic reduction in the number of specimens of other commercial species. Today Sei whales are protected internationally although the Japanese government allows to hunt up to 100 Sei whales a year in the North Pacific for scienctific research.

Sperm whales are the largest toothed animals that exist and the largest living predator, able to feed on species such as the giant squid. Sperm whales also have the biggest brain that ever existed, which can reach a weight of 9 kg, inside a huge head that occupies a third of his body. These whales reach 18 meters long and 48 tons in weight.

They are capable of diving to depths of 1,000 meters and stay underwater for up to 90 minutes. Sperm whales make clicking sounds that have a dual purpose: it serves as sonar to find food in areas in total darkness and they also use it to stun prey. Sperm whales live in groups, spending up to 10 years taking care of their offspring, always being stuck to their mother and away from the older specimens. They can reach the age of 70 years old.

Sperm whales are found almost everywhere in the world except in very cold waters up to 1,000 meters deep. This species has almost no natural predators because few animals dare to attack an adult, however orcas can attack groups and sometimes get to kill pups.

Although figures are not certain about the actual number of specimens, it is estimated that around 360,000 sperm whales live in our oceans, considered then a vulnerable species but not endangered as other whales.

Unlike other whales, and because of their enormous teeth, they can feed on species of considerable size as the colossal squid, octopus, rays and sharks. There are no documents confirming the epic battles of sperm whales and the giant squid but many of these amazing whales have been found with scars in their skin, made by large squids.

The famous whale in the novel Moby-Dick by Herman Melville is a sperm whale of great ferocity, reputation earned during the nineteenth century as these mammals occasionally defended themselves during the killings of some whalers, destroying their ships when they collided. 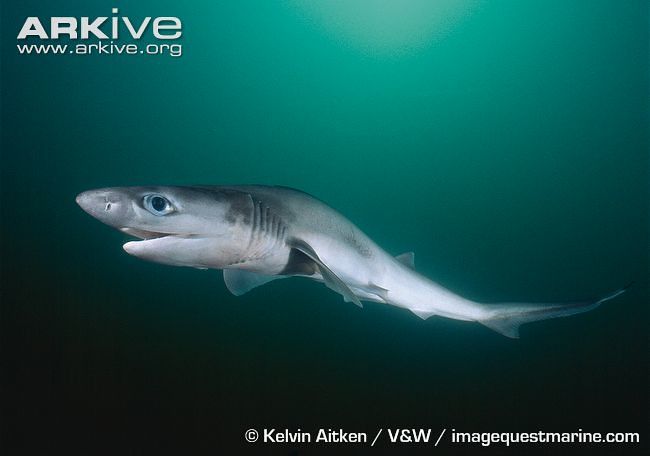